Suicide in jails and Prisons

A Guide for Correctional and Mental Health Staff, Experts and Attorneys 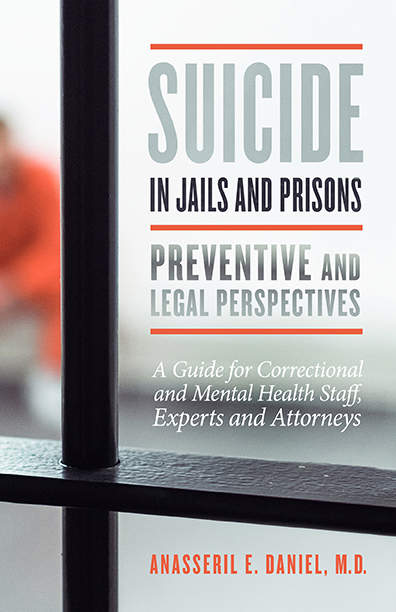 Suicide continues to be the leading cause of deaths in US jails, state, and federal prisons according to the U.S. Bureau of Justice Statistics. The suicide rates have remained staggeringly high, with a disproportionate number of inmates having psychiatric disorders. Although current methods and practices have been helpful to a certain degree, they remain grossly inadequate continuing to pose a serious challenge as suicides remain steadily on the rise.

Dr. Daniel is a top-notch, highly sought-after forensic psychiatrist for over forty years of experience with a significant amount of his work focused on prison populations.

Moreover, comprehensive mental health programs must be established for highly anxious depressed inmates to lessen the opportunity for self -harm. Training correctional officers and mental health and medical staff to deal with suicidal inmates is extremely crucial.

Dr. Daniel’s knowledge and expertise inspired him to write his book Suicide in Jails and Prisons- Preventive and Legal Perspective A Guide For Correctional officers, Mental health staff, Experts and Attorneys.

According to Dr. Daniel, suicide in jails and prisons are mostly preventable. He notes a variety of strategies should be considered. For instance, correctional officers and mental health professionals should be aware of the emotional and mental health needs of inmates. Additionally, Dr. Daniel encourages listening and expressing empathy. This will refocus their thinking also known as cognitive reframing. Medications are also an indispensable suicide prevention tool.

"My hope is to share my personal and professional knowledge and expertise on inmate self- injurious behaviors and how we can save their lives.”

Suicide in Jails and Prisons: Preventive and Legal Perspectives offers valuable insights into how to prevent suicide, and what happens in the legal arena after an inmate commits suicide or engage in serious suicide attempt, leaving him/her with tragic physical complications.

When I worked as a staff psychiatrist in Boone County Jail and later as an administrator at the Missouri Department of Corrections, I was intrigued and touched by inmates who considered taking their lives, which kindled my interest to study more to understand their profile, including their psychiatric diagnoses and specifically their mental states and what precipitated their ultimate choice.  As I researched more, I realized that most suicides in jails and prisons are preventable. This book reflects my understanding and expertise acquired over several decades in studying the suicidal inmates.

The stakeholders include jail and prison staff including correctional officers, physicians, medical directors, Wardens and Sheriffs, mental health professionals, including psychiatrists, psychologists, social workers, nurses, therapists, mental health workers, experts, and attorneys and to some extent   the families of those who took their lives.

I have written over 45 articles in peer reviewed journals on psychiatric diagnosis, treatment and various forensic topics, many of them on risk identification and preventing suicide by inmates. My articles have been cited over 6000 times by researchers and authors worldwide. I have consulted on over 75 suicide related lawsuits. I have testified by deposition or in a jury trial over 25 times.  My goal is to share the knowledge and expertise gathered from these activities, which will be useful for many experts and attorneys.

Although I spend my professional time working as a forensic psychiatrist, in my spare time, I take long walks to refresh my mind and read biographies of historical figures. Also, I enjoy spending time with my wife, children and grandchildren,

An online course, Prevent Suicide in Jails and Prisons: Avoid Lawsuits based on my book will be available soon. 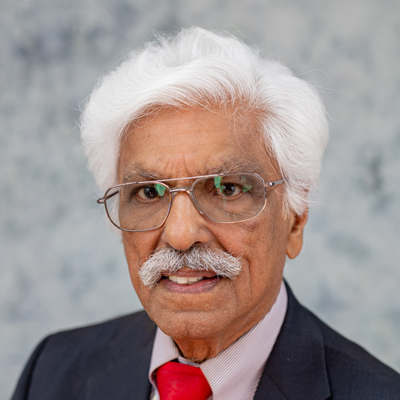 In a career spanning over four decades, Dr. Daniel’s dedicated research and advocacy work have earned him considerable recognition in the field of forensic psychiatry. Beginning his career in 1973 after post-doctoral training at the National Institute of Mental Health and Neurosciences in Bangalore, India, Dr. Daniel immigrated to the U.S. and trained in psychiatry at University of Missouri. He worked at Mid-Missouri Mental Health Center, a premier Institution under the Missouri Department of Mental Health, becoming its Chief Executive Officer. In 1992, Dr. Daniel launched his private practice and began consulting on criminal and civic forensic cases. In 1999 he was appointed director of psychiatric services for The Missouri Department of Corrections where he began questioning the complex phenomenon of inmate suicide and endeavored to find out why. He researched, analyzed, and collaborated with correctional staff, consequently publishing several articles on key findings. Today, he has established himself as one of the world’s foremost experts on suicide prevention and intervention strategies. He is a known expert consultant in suicide related lawsuits in the US.

“The inmates are continually at a potentially increased risk of taking their lives,” says Dr. Daniel. “With my exclusive perspective on correctional psychiatry and the psychology of suicide, I am committed to saving lives by increasing public and professional awareness, applying innovative approaches, along with vital recommendations that address, improve, and minimize the risk of suicide among incarcerated individuals.”

LEARN MORE ABOUT DR. A.E. DANIEL’S PREVENTIVE AND LEGAL PERSPECTIVES INTO SUICIDE IN JAILS AND PRISONS